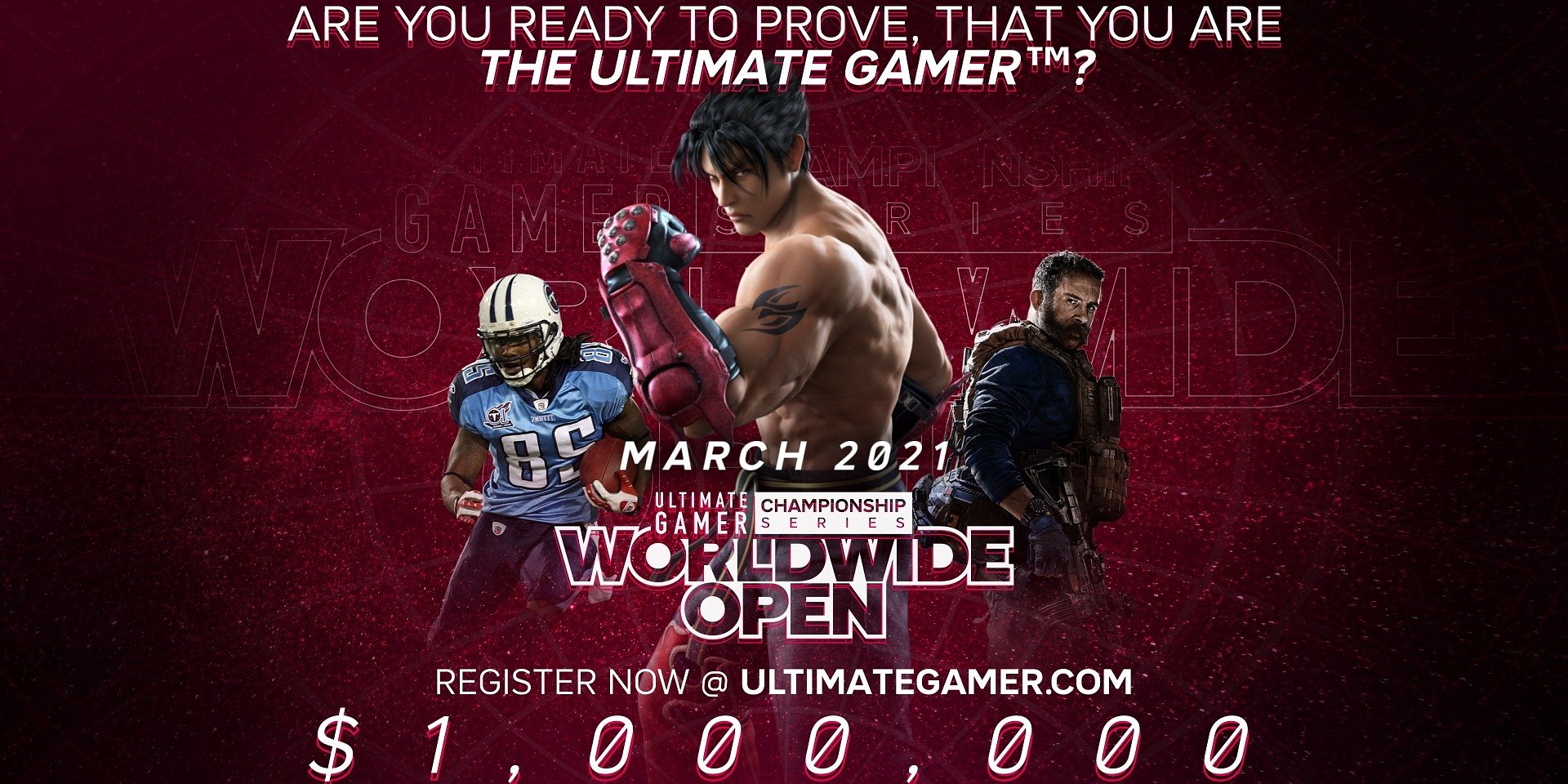 Ultimate Gamer Worldwide Open will give away $1 million in prizes

Esports competitions are still pretty hot, and Ultimate Gamer plans to give away $1 million in prizes for its tournament that starts on March 1. The Ultimate Gamer Worldwide Open will be a free global competition to find “Best Gamer on Earth.”

The company already has two million registered users, and its plan is to build the world’s largest community of gamers while providing a fun environment to compete with friends and family, see where one ranks in the community, and try out a game outside of one’s regular interests.

The Ultimate Gamer Worldwide Open will begin March 1 and last over several months. Contestants can qualify to win a share of the $1 million prize purse in a final event in the fall of 2021.

About 200 of the best gamers (the finalists) from the Ultimate Gamer Worldwide Open will have to compete in at least six different games in five genres that could include League of Legends, Rainbow Six Siege, Call Of Duty Warzone, Madden 21, Fortnite, NBA 2K21, Valorant, Tekken, two yet to be announced titles, and one wildcard challenge.

Each player’s ranking in each game will be added together and then divided by the total number of games to calculate the final score. All 200 players will walk away with a portion of the prize pool, with the winner taking home $300,000 and the runner-up winning $150,000.Prior to the Ultimate Gamer Worldwide Open, all entrants may compete in the Ultimate Gamer Champion Series. Starting February 20, the first challenge will feature Call of Duty: Warzone, with streamer Hollywood TW joining the competition. The entry fee is $10, and registered players will compete for a $5,000 prize pool.

The company is new, but CEO Steve Suarez was the founder of the fitness festival Wodapalooza. After selling it, he launched BlackStage Productions, which specializes in all aspects of event creation with a client roster that includes the NFL, Kanye West Sunday Services, Formula 1 Racing, Concacaf Soccer, The Miami Marathon, and Ultra Music Festival.

“In 2018, I became more involved in the gaming industry as I watched my kids get into Fortnite and saw a big gap in the market when it came to having a collective place to bring gamers together,” Suarez said in a message to GamesBeat. “In the fitness world, contests exist to find the fittest athletes on the planet, but in the gaming world, no such competition exists. I transferred my audience-driven experience and wisdom to the gaming space, and from this, Ultimate Gamer was born to provide an outlet for gamers to compete on an even playing field across all game titles.”

By Mike Stubbs | Forbes
Powered by